You may be a history buff. And you may have found out that most of the western wedding traditions and customs originated from the Middle Ages. Well, for those who have dreamt of castles and their knight in shining armour, a Medieval Wedding might befit your romantic tale. 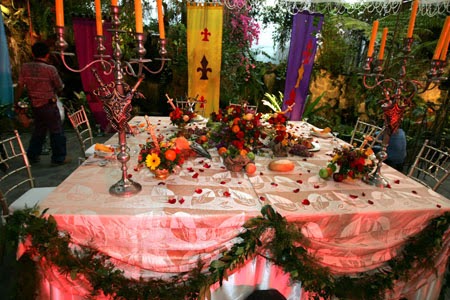 Whether you choose to re-enact with historical accuracy or simply steal a few period “touches” to add to your wedding, as we always tell our clients – the most important aspect of any wedding is to … enjoy it!

Medieval Wedding themes are usually best brought to live with the right venue. Some venues for considerations would be a stone castle, Gothic or Tudor-style churches (think lots of stained glasses!) or scenic lakeside venue (preferably near woodlands). 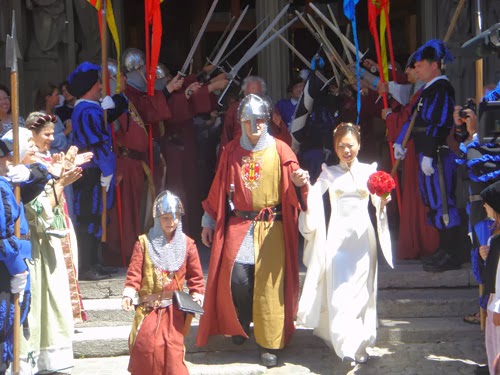 To get your guests in the mood, you might perhaps want to consider setting the Medieval tone by sending them invitation cards using parchment paper – and make sure you’re choosing calligraphic fonts! To make it sound even more authentic – consider using the Middle English vocab to word your invitation. Calling all Lord and Ladies, please……and do get them to come in bright-coloured robes and gowns!

When it comes to your medieval wedding attire, your personal taste and budget makes a lot of difference. But anything with an empire line will fit you right into that period – and the lesser the bling, the better too! To complete the look, wear your hair loose and finish off with flowers woven into your hair like a crown. 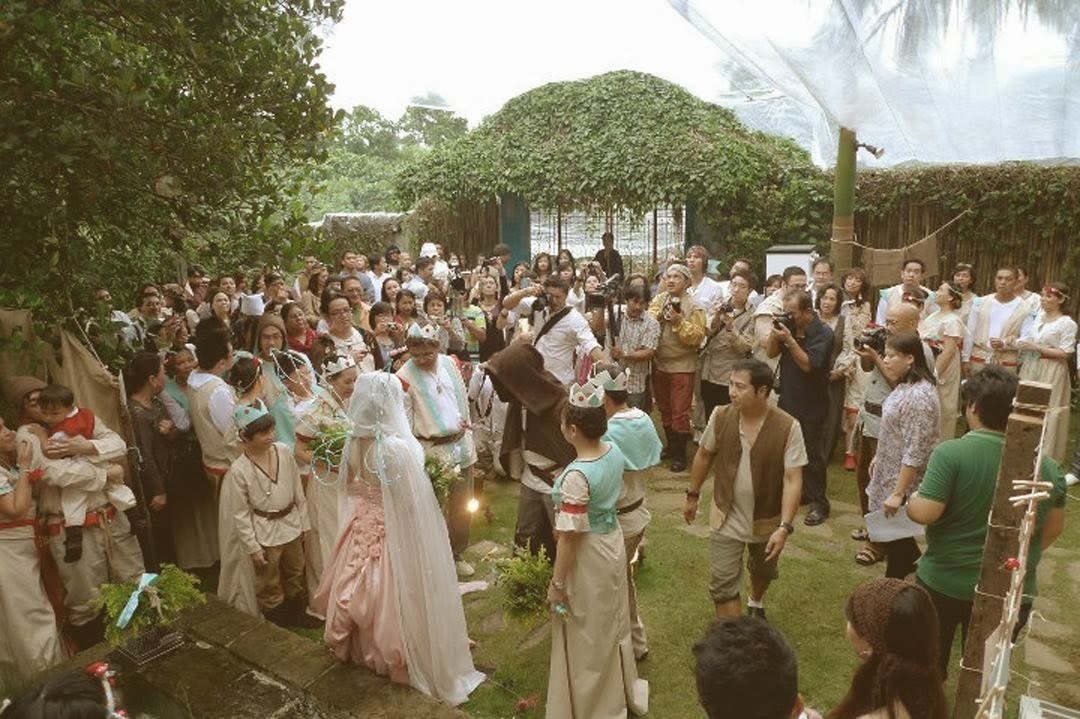 Now is the fun part of decorating your wedding venue to get the Medieval theme really come alive! Use dark colours with splashes of bright bold reds, purples, gold and make sure ivy makes up part of your floral arrangements! (Green ivy was the mainstay of late medieval weddings!). For another Medieval touch (or superstition if you like), carry a bouquet made of herbs for good luck and fertility! Make sure there’s rosemary, thyme, basil and wheat in that bouquet!

Did you also know that wedding cupcakes had its origins from the Middle Ages too? To add on more customs and medieval rituals, the bride & the groom tries to kiss each other over the top of the cupcake tower without tipping it over! So, go ahead and order your wedding cupcake tower for your Medieval Theme wedding! 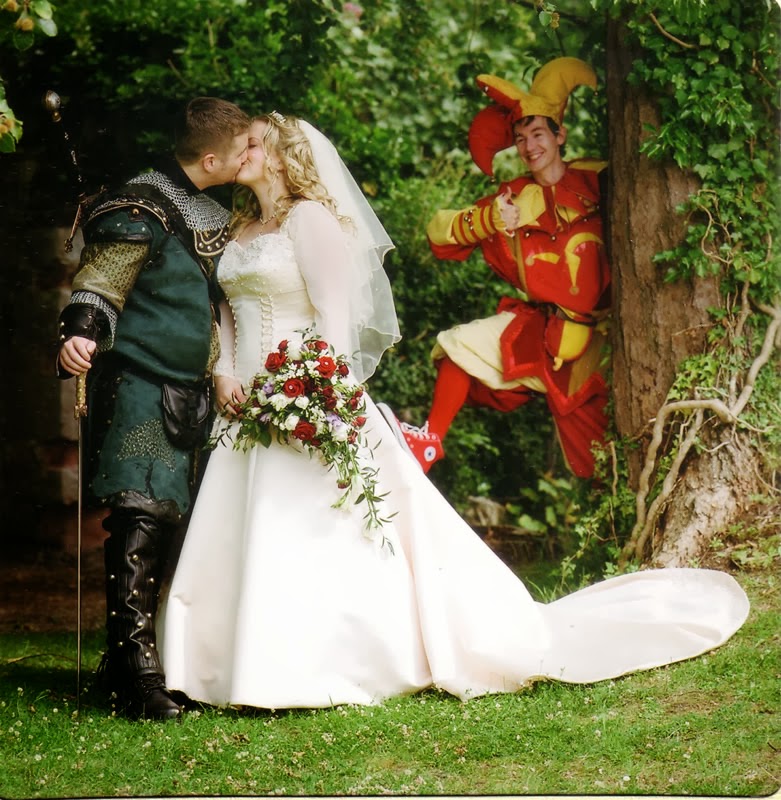 To add on to the ambiance, if your budget permits, you could get your DJ to don a court jester costume and hire minstrels and jugglers to entertain your guests. You could also prepare little bags containing grains of wheat for your guests who could shower the newly-weds with it!
Posted by Witch at 10:42 PM No comments: